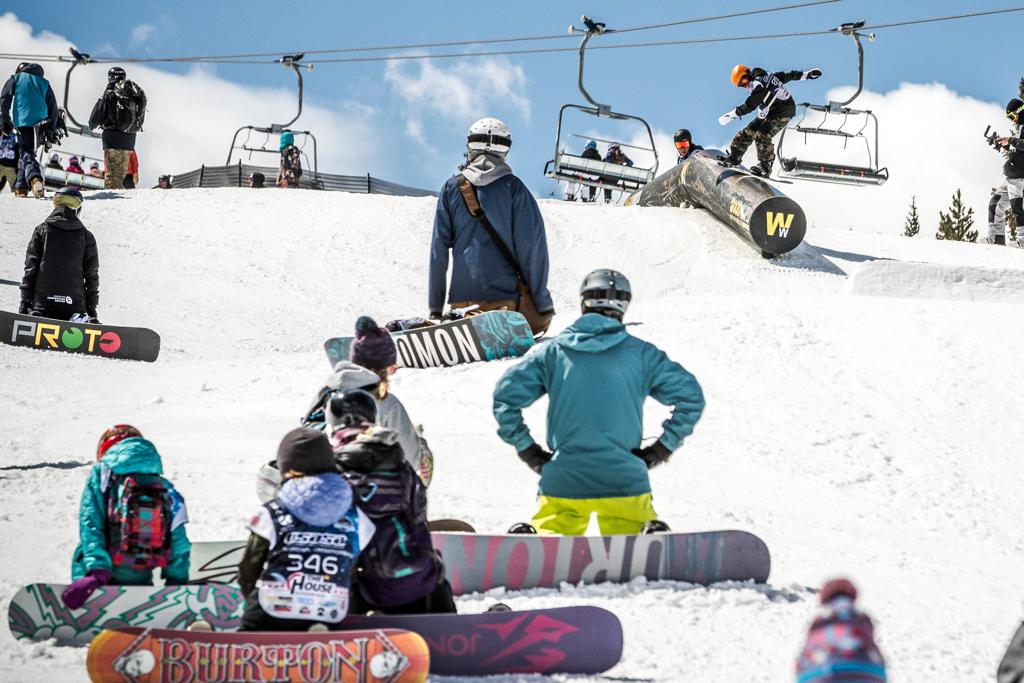 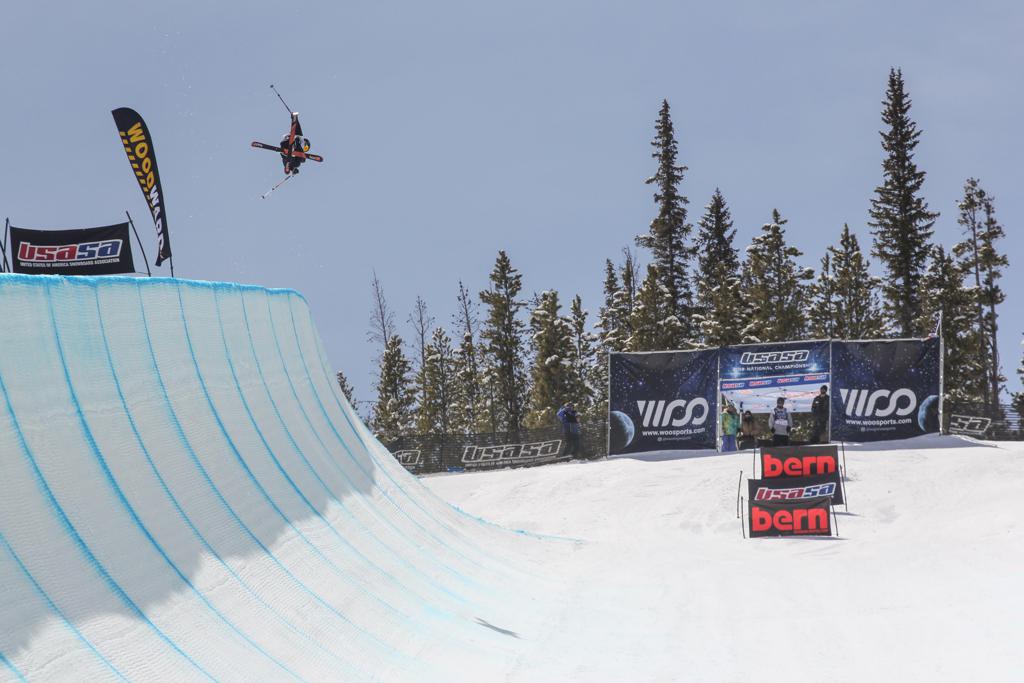 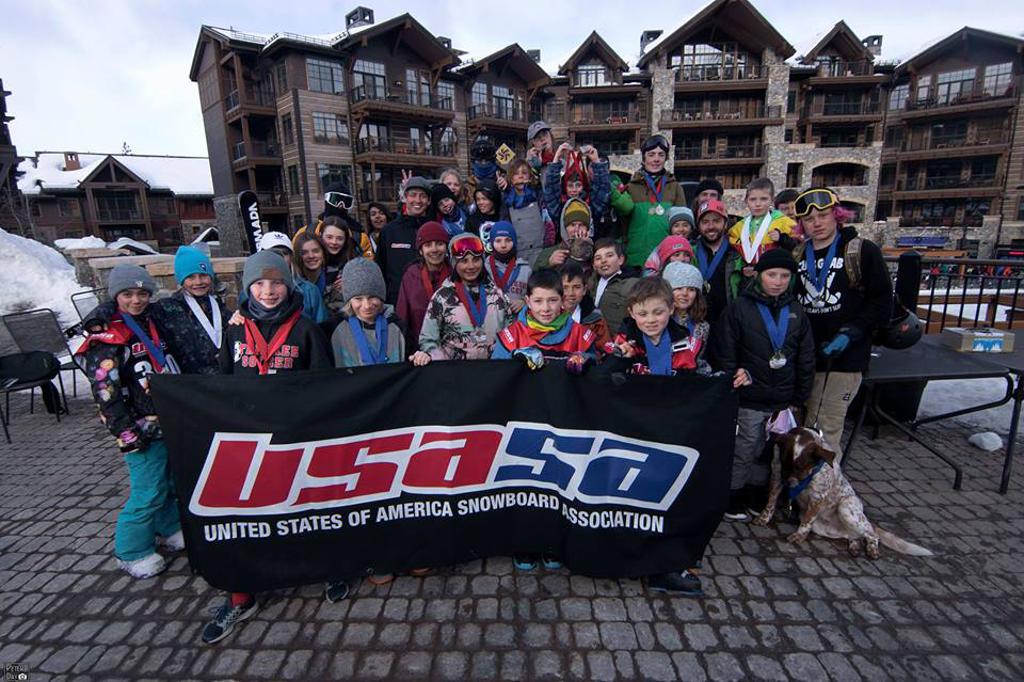 Dec. 20 and 21’s World Cup Big Air competition took place on a massive scaffolding rig constructed atop the Atlanta Braves’ baseball field at SunTrust Park in Atlanta. At 150-feet high (15 stories tall) and 410-feet long, the big air jump required 800 tons of manufactured snow. Competitors reached the start via 20 flights of stairs or an elevator ride, not for the faint of heart.
Photo by Sam Calhoun

Atop 30,000 pieces of steel scaffolding, weighing 600,000 pounds and cradling 800 tons of manmade snow, the world’s top ski and snowboard talent reached new heights on December 20-21, 2019. But the elevation and engineering weren’t the main event: the location of this structure and these athletes were even more noteworthy and historic — Atlanta, Ga.’s SunTrust Park, home of the Atlanta Braves MLB team.

Yes, a World Cup ski and snowboard event featuring 164 athletes from 27 nations has now taken place in the deep South — a feat seemingly inconceivable before now … akin to the advent of Southern skiing more than five decades ago in the High Country.

As a testament to those roots and subsequent cultivation and growth, ambassadors and curators of the Southern snowsports scene were there to take it all in, each of whom carved their way to this moment over decades on the slopes of our beloved white giants, Appalachian, Beech, Sugar, and Hawksnest.

The importance of this historical milestone was not lost on two longtime High Country fixtures in attendance, Andy McDaniel and Donnie Hefner, both of whom are Series Directors of the United States of America Snowboard and Freeski Association (USASA) Southeastern Series, a grassroots feeder program of the Freeski and Snowboard World Cup (FIS). Based in the High Country, USASA Southeastern Series is celebrating its fourth anniversary this year.

“This was huge — I never imagined there would be a World Cup event in the Southeast.” McDaniel said. “For us to be a part of it is absolutely incredible. It’s super cool to see some of our Southeastern Series athletes and their families down here cheering for Team USA. It is quite amazing to see how far this sport has come.”

“What a great opportunity for the kids to see the best in the world compete,” Hefner added. “It really brings it home, and shows in real-time how you can take your passion for the sport and follow it all the way to the top if you’re willing to work hard.”

Perched higher than a home run fly ball in the Braves’ centerfield, male and female World Cup skiers and snowboarders dropped into a 40-degree run, launching more than 70 feet in the air at speeds cresting 40 mph. Stomping the landings just over home plate, the athletes came to rest horseshoed by thousands of cheering fans, most of which had never been to a real ski mountain, much less witnessed a World Cup-sanctioned Big Air competition. No, this sight is usually reserved for the mammoth mountains out West or the historic peaks of Europe. But the next chapter for this sport has begun, and it just stomped a successful landing in Atlanta, once home to the summer Olympics.

Broadcast live across the world, and via NBC in America, the ‘Visa Big Air presented by Land Rover’ encompassed two days just before Christmas and included a present for the local snowsports community — a Team USA competitor born and bred in the High Country: Luke Winkelmann. In 2007, when Winkelmann was just six years old, Hefner gave him his first snowboard lesson at Appalachian Ski Mountain and has witnessed Winkelmann’s rapid progression.

“He’s just one of those kids who had it from day one,” Hefner explained. “It is super cool to see his family down here supporting him and cheering him on. Some of the Moretz family, who own Appalachian Ski Mountain, are down here as well. We’re all proud of Luke and where the direction the sport has gone here in the Southeast.”

‘The pride of North Carolina’

The significance of such an event taking place in the South was not lost on the event announcers, and — based on their unbridled enthusiasm on the mic as well as loud cheers from attendees — Winkelmann seemed liked the mascot for that milestone. Proclaimed as ‘the pride of North Carolina’ by the commentators during each of his qualifying runs, Blowing Rock-native Winkelmann delivered multiple technically astounding tricks in Big Air qualifying, and certainly solicited the loudest applause from the crowd. No other competitor received such heralded hype throughout the entire event; as the prominent Southern competitor, Winkelmann was celebrated as the ‘local’ boy turned Olympic hopeful.

In the end, the World Cup field of athletes performed exceptionally, leaving fractions of points between those who moved on to the finals and those failing to qualify. Sadly, Winkelmann barely missed out on the finals, scoring 84.75 after two runs.

“The judging at this level is really tight,” McDaniel said. “They are looking for subtleties in the runs that most spectators would never even notice. It’s going to be awesome to watch him this season at the X Games and the US Open. Luke has what it takes to win an event like this, and it’s just a matter of time before he’s on the podium.”

More than $350,000 worth of liquid nitrogen was the key ingredient to create and maintain a sustainable manmade snow base on the massive structure in the middle of Atlanta’s southern climate, according to the onsite team of Dutch and Portuguese snowmakers. The same treatment would cost $100,000 in Europe, they explained, underscoring the dedication behind the event logistics despite the obvious climate pressures.

Tents were pitched over the entire slope, and liquid nitrogen was pumped into the enclosures until the optimal sub-freezing temperatures were achieved. Once set, conventional manmade snow techniques were used to blanket the floor built on top of the scaffolding with an ample base of snow. Then, tents were removed, and groomers went to work (most of whom were from Southern ski resorts, most prolifically Ober Gatlinburg).

The European team of snowmakers noted that they “installed” the snow while wearing shorts. “A first,” they said.

Temperatures hovered in the 50s for the snowboarders’ night on the hill, and just slightly lower with a healthy dose of rain for the skiers. Yet, no complaints were ever voiced about the conditions.

USASA Southeastern Series Directors Andy McDaniel and Donnie Hefner share a moment 150-feet in the air at the start of the big-air course during Freeski Big Air finals on Dec. 21, 2019. Photo submitted

Both nights of finals were witnessed by more than 11,000 attendees, each of which paid between $35 and $400 per ticket. A majority of patrons chose seats close to the landing zone for the ideal viewing of tricks (and a few dramatic falls). The crowd reacted overwhelmingly with amazement at the skill levels and completed tricks — as well as the competitors, who encouraged each other as if they were all on the same team.

Team USA returned to the top of the podium in Men’s Freeski Big Air, with Alexander Hall nabbing the ‘golden bat’ — a unique and clever trophy devised by event organizers to underscore and celebrate the location of the event.

Get involved with USASA Southeastern Series

One-hundred percent of the athletes on the current United States Olympic Snowboard Team and more than 70 percent of the United States Freeski Team got their start through a USASA series. More than 30 separate USASA series are peppered across the country, according to its executive director Michael Mallon, and since 2015, Western North Carolina has been home to the Southeastern Series, thanks to the hard work and determination of McDaniel and Hefner.

“We brought the Southeastern Series to the North Carolina mountains to give our fellow riders and skiers a chance to show they have what it takes to compete with the best in the country,” McDaniel said.

“It’s simple — win at a local level, and advance to nationals where you can see how you stack up against other rippers from across the United States,” Hefner added.

More than 5,000 athletes are USASA members across the nation, according to Mallon, with almost 80 currently involved with the USASA Southeastern Series. Nationwide, more than 1,000 coaches, judges and officials are also involved, Mallon said.

USASA was founded in 1988 by Chuck Allen with a $500 grant from Transworld Snowboarding Magazine. Completely grassroots, it has since become the premier amateur snowboard and ski series in the nation and has brought validity and organization to the two sports.

Locally, in 1994, High Country shop owner Greg Barrow of Edge of the World started his own USASA series. According to McDaniel, 1994 to 2003 were considered the “golden years” of snowboarding in the Southeast. Many of the young athletes that competed in the Edge of the World series went on to find careers in the sport as professional athletes, sales representatives and shop owners.

To get involved with the USASA Southeastern Series, visit https://ses.usasa.org/ and www.usasa.org, and/or email McDaniel at andy.mcdaniel@usasa.org and Hefner at dhefner@usasa.org.

CONNECT WITH THE SOUTHEASTERN SERIES 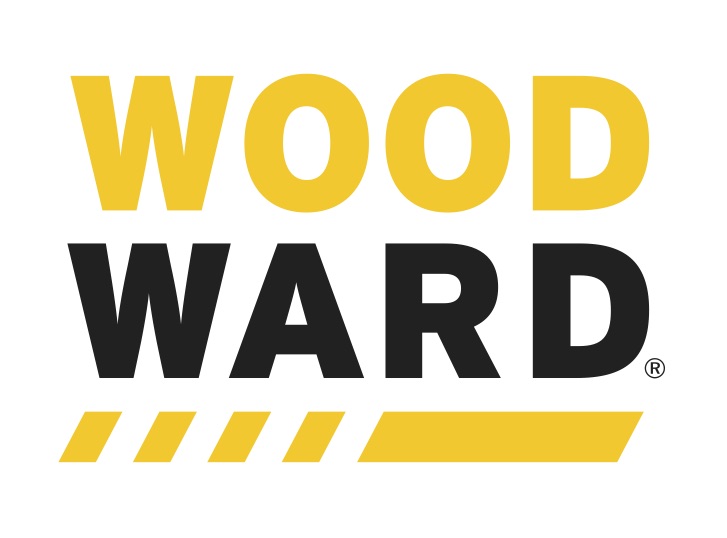 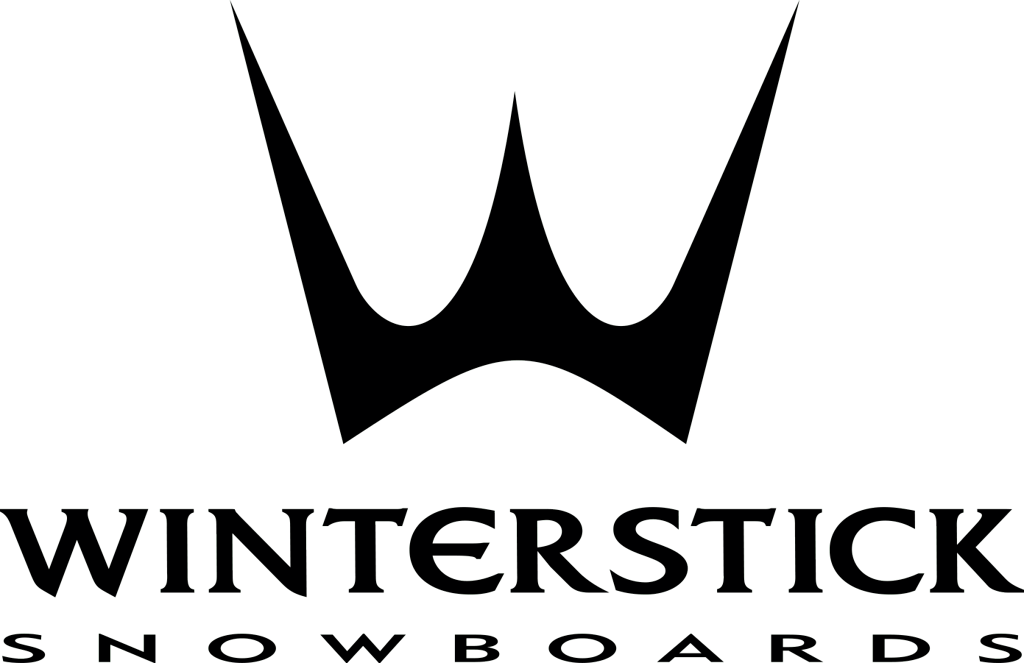 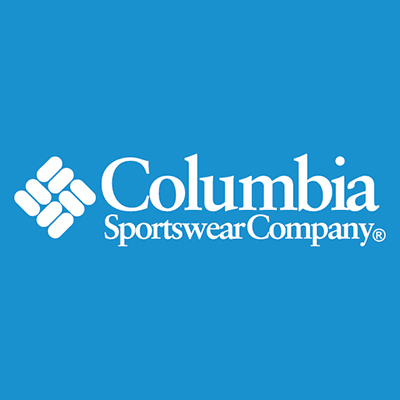 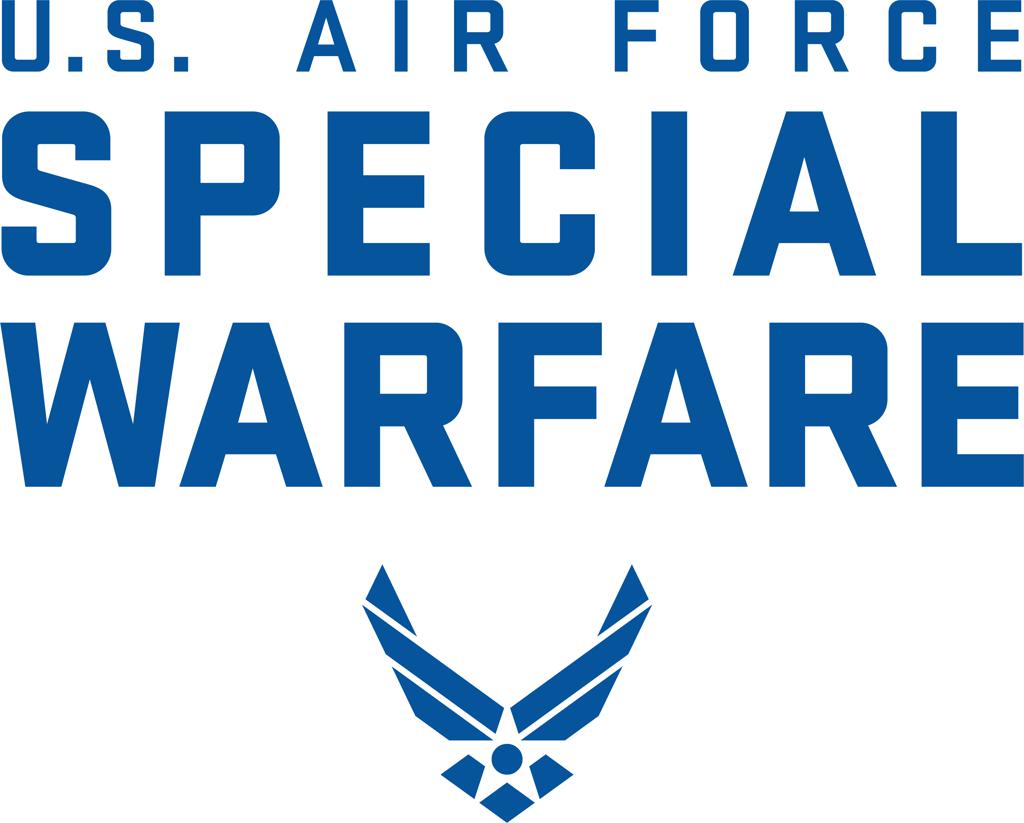